EndGame of Thrones – War of Music

‘Footloose’ – Dancing In The Movies

Uptown Funk Mashed Up To 66 (Old) Movie Dance Scenes
Someone spent a lot of time and has a lot of love for old musicals to have created this video masterpiece.

Top 5 Tasty Breakfast Recipes
Everybody loves a traditional bacon and egg breakfast, but sometimes you just want a little something a bit more unique and out of the ordinary. Here are 5 tasty and different breakfast recipes from YouTube [More]

LMFAO Party Rock Anthem But To Uptown Girl
This just never gets old. As if “Party Rock Anthem” by LMFAO wasn’t awesome enough, finding out that it works perfectly with Billy Joel’s “Uptown Girl” puts it in a whole new level! 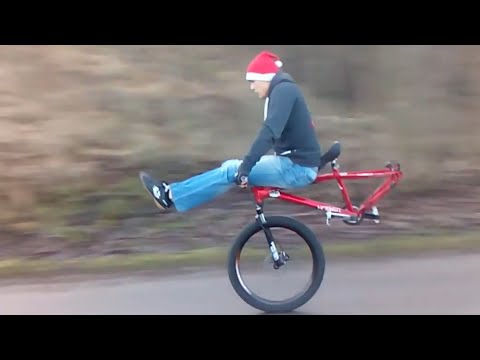 People Are Awesome – Best of the Month (January 2018)
Ready for a batch of awesome incredible people? Here’s the best of January 2018, courtesy of People are Awesome

Awesome Dance Edit to Eiffel 65 – Blue (Da Ba Dee)
You may know the song "Blue (Da Ba Dee)" by Italian music group Eiffel 65, but I bet you ain't never seen it like this.

10 Summer Life Hacks To Try Right Now
Summer is here and here are a few ways to make sure you enjoy it!

Top 10 Movie Sets Ever Built
A well-built set creates the world that the rest of the movie brings to life. These are some of the best!
Advertisement

Amazing Sculptures That Are So Creative They Deserve an Award
It takes a creative mind to come up with the concept of a great sculpture, but these artists really went above and beyond with their creativity.

P Stew’s Cowboy Classics
So honestly, I'm not really sure what this is, but I know I'm never going to stop watching it!

Amazing Extreme Sports Video
Do you ever feel like you spend too much time on the couch? You will after watching this video.

“The Avengers” Fan Made 90’s Cast Trailer
Imagine that the MCU was created 20 years ago ... What would Avengers have done with a 1999 cast? Check out the answer in this amazing fan made video.

Top 10 Music Videos of All Time
Video may have killed the radio star, cause who wants to sit around and watch the radio?

Join WatchMojo.com as they count down their picks for the top 10 music videos of all time.

A History and Evolution of Godzilla
Learn more about Godzilla than you ever thought you needed to know in this enjoyable & captivating animated video.

Crazy Water Slides You Won’t Believe Exist
Ready for the Summer and a chance to cool down at your local water park?

You might not be after seeing these 7 crazy water slides!

Turning the Word TITANIC Into An Amazing Piece Of Art
Some people are just downright blessed with some incredible talent.
Advertisement

Amazing GoPro Video Showcasing the HERO5 & Karma
Looking for an excuse to buy a GoPro action camera? Watching this amazing video footage might just be the inspiration you need!

Bruiser Bear Takes a Swim
We all know bears love water, but I don't think there's one that loves it as much as this furry lovable guy!

Disney•Pixar’s Dug the Talking Dog In Real Life via Oh My Disney
You know you'd love to meet a dog like Dug from Disney*Pixar's animated movie, "UP".